Referendum in Slovenia, when commitment meets a miracle

Matchman-News interviewed Ales Primc of the Za Otroke Gre organisation to understand the reasons and the consequences of the extraordinary results at the referendum on family, which took place on 20 December 2015. 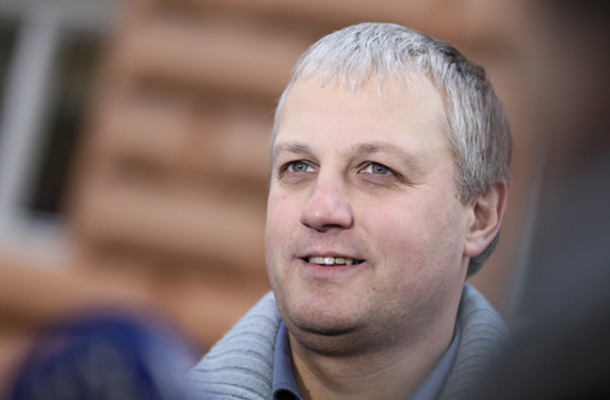 Matchman-News interviewed Ales Primc of the Za Otroke Gre organisation to understand the reasons and the consequences of the extraordinary results at the referendum on family, which took place on 20 December 2015.

Through the referendum of last 20 December, Slovenian people decided to abrogate the law adopted by national Parliament last March, aimed to redefine family institution including same-sex marriage and adoption. Over 63% of voters defended natural marriage and family. Matchman-News interviewed Ales Primc, chief of the Slovenian civil society coalition Za Otroke Gre, which was in charge for the referendum organisation, in order to analyse the reasons of their success and the future of Slovenian pro-family movement.

The success of the referendum represents a great step forward for the pro-family movement. What are your hopes and fears for the future?

First of all, we cannot stop being grateful to Almighty God who made a miracle in front of our eyes and to our thousands of collaborators, who worked hard for months. We are collecting our feelings. This was an extraordinary time, spiritually and emotionally speaking, for hundreds of thousands of people in Slovenia, as well as a real spiritual exercise. Of course also for the co-leaders of the tour movement, Ms. Metka Zevnik and myself. We are looking forward with readiness to be God’s collaborators on Earth in God’s Glory and for the good of all people. Of course we are humans and there are moments of fear, but mainly we look optimistically to our perspectives. There is enough pessimism all around. Let’s be different!

63% of people voted against the law adopted by the large majority in parliament. How could you reach this excellent result?

I am sure it was a miracle. Parties against children’s rights, who adopted this law, have 2/3 majority. The 10 largest media in the country supported this law. They have many professionals and whole faculties of social sciences working on this issue; their organisations got millions from Slovenian and EU budget. On the other side, supporting basic children’s rights, there were Catholic Church, Orthodox Church, 3 opposition parties and some from the State independent civil society. There were of course Church movements (Focolare movement, Charismatic renewal, Neocatechumenal Way, many prayer groups). If you analyse social and media influence, 90% was in their favour. But truth and God are on children’s side.

What will be the next steps and commitments of the pro-family and pro-life movement in Slovenia?

Pro-family and pro-life movement is not consisted of only one organisation. There are some of them with different attitudes, fields and commitments. The other organisations will proceed in quite similar way as they have done so far, although this experience made them more mature, with new findings and maybe new approaches. I personally decided to continue my work within the political field. After 3 referendums in 15 years, I can not imagine to organise referendums every few years till I die. I have to try to stop harmful laws where they are elaborated and adopted. And of course I have to propose good ones, especially in favour of children and families.